Saturday, October, 10, 2015, Tom and his family rose early as they have done the last 10 years to walk in Indianapolis’s Walk to End Alzheimer’s and Fun Run. 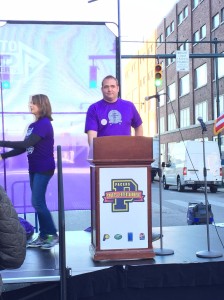 This event is important to Tom and his family since Tom’s Mom became ill and sadly passed away as a result of the disease.  Tom and his Mother began participating in Walk to End Alzheimer’s, the world’s largest event to raise awareness and funds for Alzheimer’s care, support and research, about 10 years ago.

As the head chair for new team recruitment, Tom continues to raise awareness with this annual event.

Held annually in more than 600 communities nationwide, this inspiring event calls on participants of all ages and abilities to reclaim the future for millions. 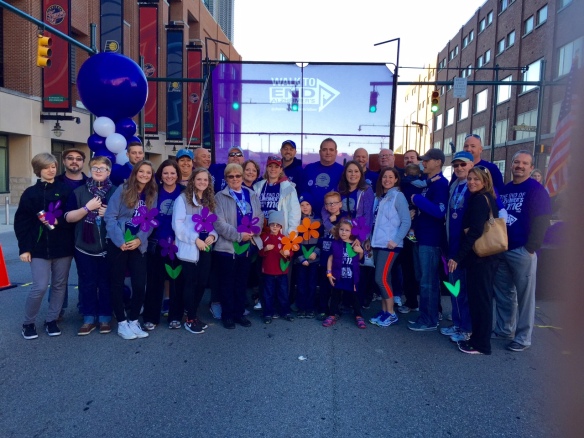 Joined by his friends and family including his Dad, Brothers, and his Mother’s sister, Tom’s team was one of the 373 teams that took part in this event composed of 3,455 walkers. Overall this event has raised over $700,000.

So far Indianapolis’s Walk to End Alzheimer’s and Fun Run has reached 82% of it’s goal.  If you’d like to help them reach their goal of $870,00 for 2015, fundraising is still open!

All donations made through the end of the year will benefit the 2015 Walk. Don’t forget to check if your employer will match your donation.

Click here to learn more about the organization and how you can get involved.